Literally, so many wrong notes

Why are we so hung up on wrong notes?

After this year’s 10-week summer season, while I did all the whoops and high fives of getting to the end without face-planting onstage, all I could think about were how many gaffs I made onstage. How many little split notes and fudged fakeries that occurred out of sheer-in-the-moment stupidity. (And yes, that auto-corrected to fudged bakeries). 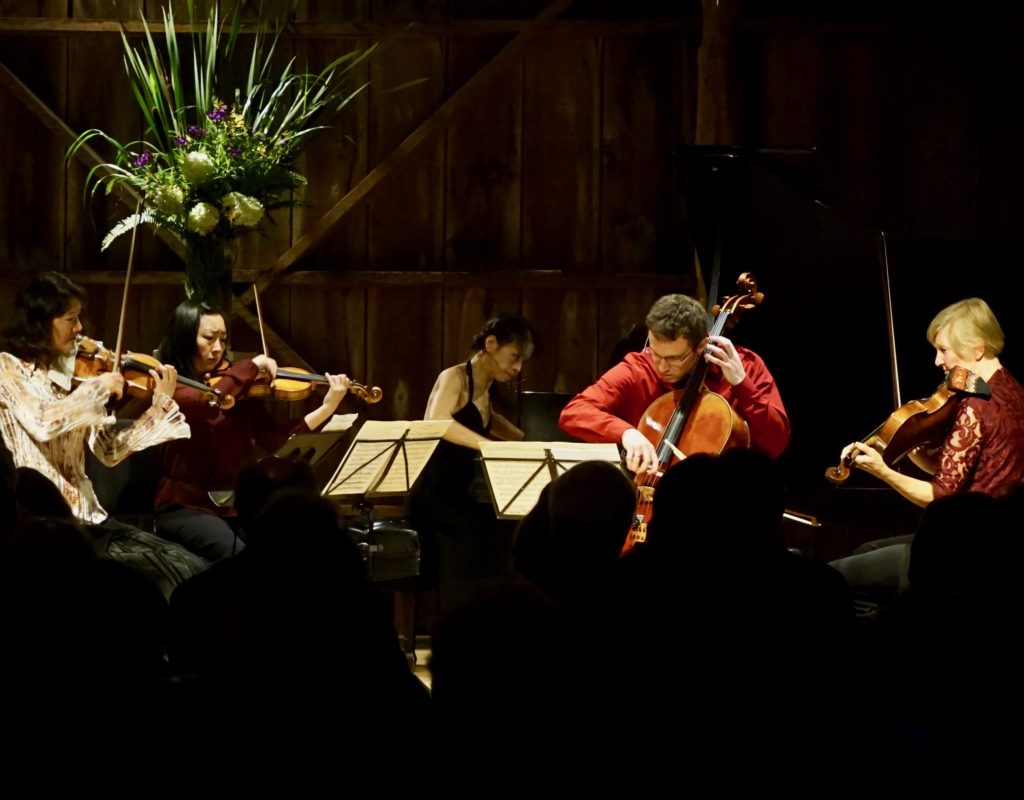 This is part and parcel of being a pianist. Fistfuls of notes equals that many more chances to stumble onstage, and when you have a lot of rep to get through (like 26 different works to perform throughout 10 weeks that you are also organizing and directing), it definitely gets more dicey. It becomes so that my first feeling on exiting the stage is chagrin, and my first thought is always “can I just do that over?”

I often tell students that at the end of the day, how many correct notes you’ve hit is not as important as how convincing you are musically. That come performance time, your overwhelming priority is let the constipated anxious side of you go and let what is heartfelt and passionate come through.  But yet, it is so much our first impulse to damn ourselves and others for being messy. We write people off when they’re not accurate. Even the terms we use: he was sloppy, that Beethoven was so messy, betray our damning judgment that missing notes equals being weak, ill-prepared, and disrespectful. And most often, performers know that they should have practiced more, that the hustle of trying to make a living with an art form (that does not pay anywhere close to the amount of work we put in) erases the luxury of having enough time to feel prepared.

In theory, standards of accuracy are great. They can differentiate the professional musician over the amateur, and they respect the hard work of the composer. You would never praise a pole vaulter for having sloppy form. They would simply not be able to achieve the height needed to accomplish their goal. Having enough mastery over the notes of a piece allows you the freedom to be fully expressive.

But I think we’ve gone too far. Because here’s the thing – “letting go” in performance sometimes means letting go of accuracy. I can only speak from personal experience, but it often is the case that being emotionally invested often translates into seizing up physically. Intensity = tension that blocks things from being as fluid as they were before in practice. I know what to do to retranslate that tension of emotion in movements that loosen and open rather than clench, but it is always something I have to be conscious of and practice out. I am unable to be careful when I perform, and control has always been an issue when the adrenaline and desperation to communicate kicks in. It’s a constant battle, but I have made my peace with the fact that I will never be note-perfect. I’ve always believed that communication of expression, honest naked feeling, mattered more.

Do you honestly feel that inaccuracy of notes distracts and detracts from the music? Is it truly the case, or are we so primed by competitions and the standards of unforgiving teachers and classmates that we make a bigger deal out of little mistakes and and stop ourselves from listening further? Maybe you had a classmate who started aping a professor’s value judgement on a fellow pianist who was “terrible” because they were “so sloppy”. Or you were forced to agree with a friend who stated that a certain player was “unacceptably messy”. Or you knew someone who was so insecure about their own playing that they delighted in finding faults in their colleagues, of which wrong notes was the most undeniable and obvious factor. Think about why you get so nervous for performances, what sort of crippling fears you have about what people will think about you if you mess up.

I think we need to forgive each other more. I think we need to fight our initial impulse in listening to a concert and focus on what was good. We might get surprised by how much we enjoyed. Perfection is usually not that interesting in the end. Maybe this is just me finding a cop out for the herculean task of getting a million notes dead-on…but think of that word -“dead-on”. To be perfect can sometimes leach the life out! Everyone makes mistakes, and we should definitely try our best to insure we know the music well enough to perform without worrying about missing notes. But if errors happen, its up to us to not let that become the main focus. No one comes onstage wanting to make mistakes, but being human is a beautiful thing, and sometimes the effort is the most wonderful bond.