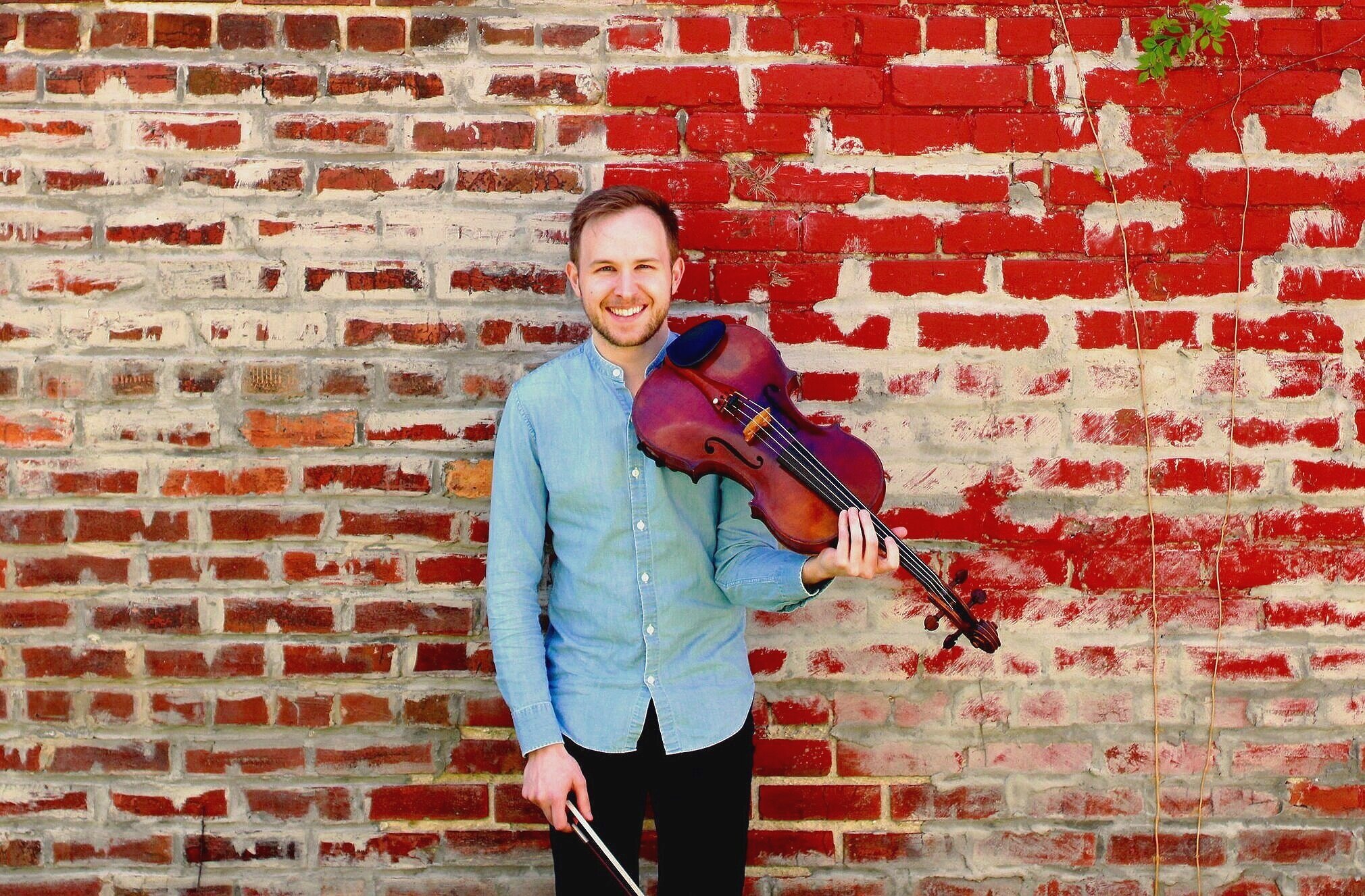 Garth Newel Music Center is delighted to announce the appointment of Fitz Gary as the new violist of Garth Newel Piano Quartet, the center’s resident ensemble. Fitz will also serve as co-artistic director of the center along with the other members of the quartet, and is expected to start August 30th of 2022.

Gary, a native of Charlottesville, Virginia, has toured across the United States, Europe, and Asia, performing in such venues as Carnegie Hall, the Kennedy Center, London’s Royal Albert Hall, and Japan’s Suntory Hall. He completed his undergraduate studies at the Cleveland Institute of Music with Jeffrey Irvine, and graduate studies at The Juilliard School with Heidi Castleman and Hsin-Yun Huang. Selected as a 2013-2014 Fulbright Scholar, he studied with Barbara Westphal at the Musikhochschule in Lübeck, Germany. The school subsequently awarded him the DAAD prize for an outstanding international student, as well as his second master’s degree. While in Germany, Fitz also performed with the Grammy-Award-winning NDR Sinfonieorchester (Elbphilharmonie) in Hamburg as a member of their Academy.

Fitz has served as a Clinician Ambassador for the string company D’Addario, as well as the President of the Feldman Chamber Music Society in Norfolk, Virginia. In 2012, Fitz started a project called Music Feeds Us, a chamber music series that ran for seven seasons. The concerts, featured on Performance Today, raised over 175,000 meals for partner food banks in Virginia. As an avid orchestral musician, Fitz has had the opportunity to perform with some of America’s most prestigious ensembles, including the Baltimore Symphony Orchestra, the Saint Paul Chamber Orchestra, and the Washington National Opera at the Kennedy Center.

Of his new position, Fitz says that he is “so thrilled to be joining the Garth Newel Piano Quartet as violist and Co-Artistic Director! The Garth Newel Music Center offers such exceptional and charming experiences, and it is truly an honor to become a part of its acclaimed history”.