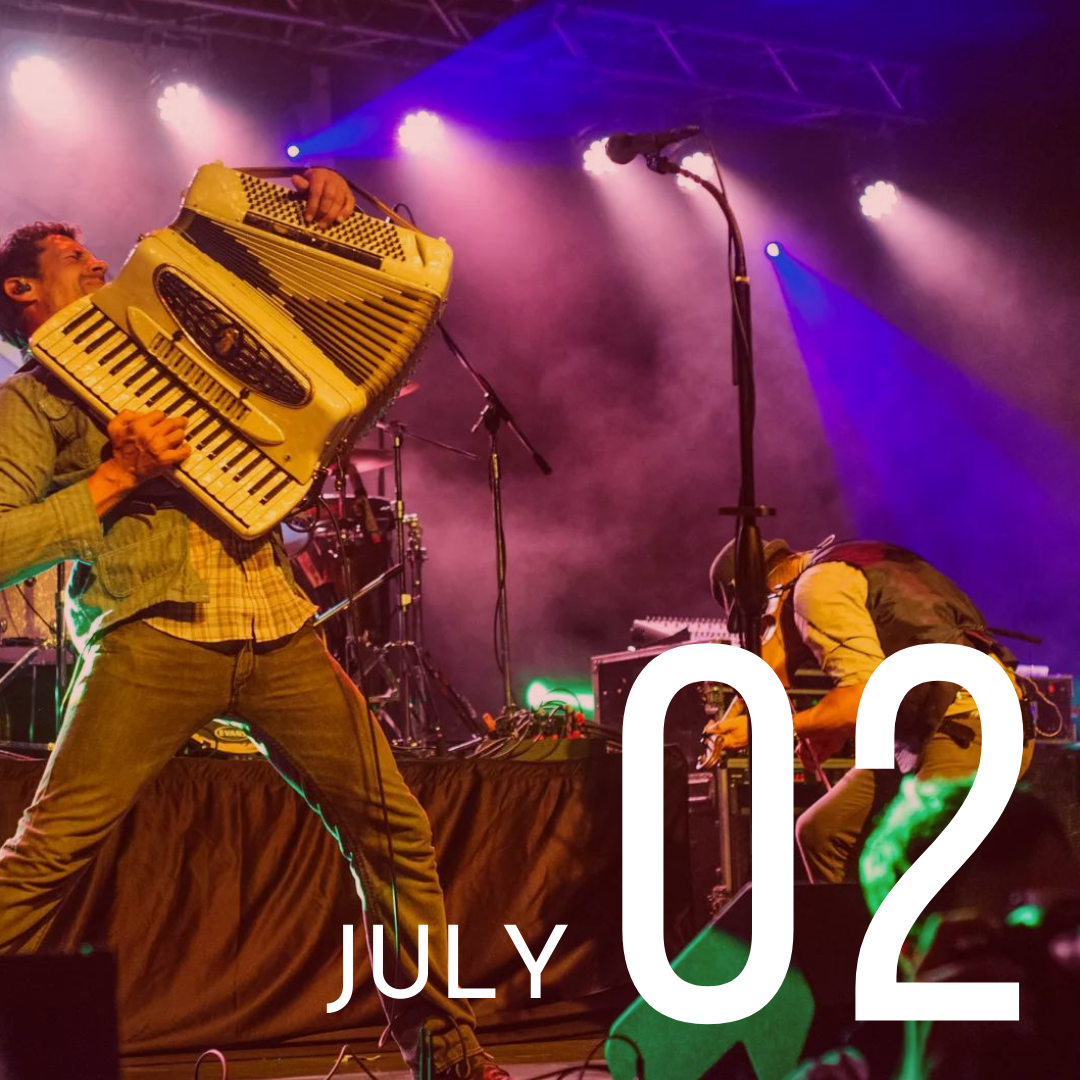 Named after Ukrainian nomads, Scythian (sith-ee-yin) plays roots music from Celtic, Eastern European and Appalachian traditions with thunderous energy, technical prowess, and storytelling songwriting, beckoning crowds into a barn-dance, rock concert experience. Nashville’s Music City Roots says Scythian is ‘what happens when rock star charisma meets Celtic dervish fiddling’, and the Washington Post claims “Scythian’s enthusiasm is contagious, and shows seem to end with everyone dancing, jumping around or hoisting glasses.” The foursome made up of Alexander Fedoryka (Vocals, Fiddle, Mandolin, Harmonica), Danylo Fedoryka (Vocals, Guitar, Accordion), Ethan Dean (Vocals, Upright and Electric Bass, Percussion, Guitar) and Johnny Rees (Vocals, Drums, Percussion) brings various influences together to create a conglomerate which is technically precise and steeped in various folk traditions: The classically trained Fedoryka brothers grew up on Ukrainian folk music and bluegrass, while Ethan Dean was raised on the greats of 60’s & 70’s folk-rock. Lafayette LA raised Johnny Rees brings a Cajun backbeat to the Celtic-Americana fusion giving Scythian yet another dimension which keeps audiences entertained and moving. Scythian is coming off its most prolific year in 2020 with over 1,000 hours of live streams during the Covid Lockdowns, release of two new albums (Roots & Stones and Quaranstream: The Album) and four new music videos. You have to catch the live show to understand why The Cammel City Dispatch said of their Merlefest performance: “[Scythian gives] no quarter in their quest to entertain and bring a joy to their music that gives it an irony-free, wide open feel of manic possibility. The playing is technically brilliant, but it is the energy that carries the day.”

For more about the band, visit their website here

Events and menus are subject to change.

Other Side Salads and Desserts will be included